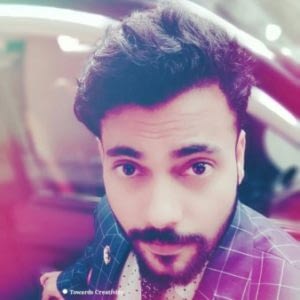 Graphic design is so much everywhere, every magazine, every billboard, every hoarding, every print signage that we see are part of our modern world. It is really very hard for us to ignore the fact that Design is not present everywhere, it’s about everywhere and is an important part of the world. It was present even in the ancient times, from Ajanta Cave Designs to Kamasutra paintings, all though it’s been a long journey from stone tools to digital tablets. In short, the history of graphic design is a story that spans the entirety of human existence and it has the power to inspire to reform even modern graphic designers.

Before starting anything, it’s good for any profession that you know when, how and why it all started. So join us as we trace the roots of design from pre-industrial history into the modern industry we know today. Who wonders, who knows, you must be leaving your own piece of art in history! Every designer in the modern world will be creating a history for future upcoming designers. For example, Paul Rand, one of the greatest designer created history in Brands and Communication Design. Johny Vino is creating history when it comes to most Humanized Centered Interaction Design (he is sort of humanizing the design, makes it more intuitive and real life, when it comes to digital products).

Before the printing press

Graphic design proper really began after the invention of the printing press in 1440, but the roots of visual communication stretch all the way back to caveman times.

The birth of Graphic Design: Printing Press in Industrial World

With the advent of the printing press, humans were able to recreate text, art, and design. The ancestors of modern companies also on the rise soon took notice of how such visuals could affect shopping behaviors and increase profits, thus the modern graphic design was born.

The invention of the Gutenberg press – 1439

Graphic design as we know it today really started developing in the modern era, roughly the late 1800s. With printing now a common tech and competition fueling innovation, artists and designers were pushed to explore new styles and techniques, which quickly trickled into advertising, branding and visual communication.

The term “Graphic Design” appears for the first time – 1922

In his article “New Kind of Printing Calls for New Design” (printed in the Boston Evening Transcript, August 29, 1922), book designer William Addison Dwiggins first used the term “graphic design” to describe exactly what his role was in structuring and managing the visuals in book design. From day one, designers were struggling to explain to non-designers what, exactly, they did.

A glimpse into the digital era

From the 1950s onward, the world began its approach to the digital era we’re currently enjoying. The mass-adoption of home computers and the invention of the printing press resulted in a new age for mass communication and granting access to modern art styles and digital software for new methods of creating art. Adobe Photoshop – first released in 1990—even on its own changed the face of graphic design.

The history of graphic design is ongoing

That pretty much brings us up to date with graphic design, but one area still remains a mystery: what is the future of graphic design? The progression of visual communication from cave paintings to digital software can serve as great inspiration, but what’s next? AR, VR, or something else? Graphic Design emerges to become one of the most artistic communication model and problem solver for businesses to make profits and stand out from the crowd and raise their own voice. Are you utilizing the power of Graphic Design? If not till yet, then you must start doing some utilization of the same to enhance your brand’s communication channel.